Want a handy-dandy hand-out to use for education and information purposes?  Go here. 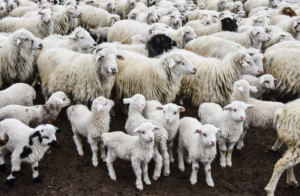 Is the Measles Vaccine Capable of Creating REAL Herd Immunity?

The term “Herd Immunity” originated from observations of a naturally immune population by A. W. Hedrich in Chicago in the early 1900’s.

But has artificially-induced herd immunity proved to be sustainable? No. Outbreaks are increasingly happening in highly-vaccinated communities with vaccination rates well above the suggested herd immunity threshold. PMID: 1884314 , PMID: 24586717 And, the third booster shot has proven ineffective. PMID: 26597262

The Mayo Clinic is hopeful that a new measles vaccine could finally eradicate measles. But they’re not sure:

“It remains then an open question as to whether the current vaccine is sufficiently immunogenic and efficacious to allow eradication—even though measles can be controlled, and even eliminated in some regions for defined periods of time. Whether elimination can, in fact, be sustained is unknown, as it has not been evident over sufficiently long periods of time (decades) across geographic regions.” PMID: 22196079

Models estimate that by 2050, highly vaccinated populations will have more people susceptible to measles than in the prevaccine era without even accounting for waning efficacy.
PMID: 6741921

Additionally, the measles virus is mutating. One of the new strains, “lacks epitopes associated with half of the known antigenic sites, which significantly impacts our understanding of measles virus evolution.” PMID: 28356529

The latest scientific literature suggests that artificially-induced immunity is not equal to natural herd immunity, and the accompanying protection for the susceptibles along with it, including the passive immunity that used to be given from naturally immune mothers to their newborns through breast milk. PMID: 23661802