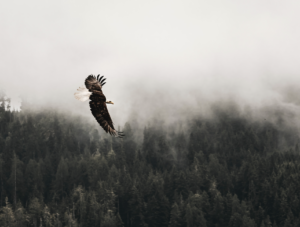 Thoughts on “Good to Be King” by Michael Badnarik

As children, my generation knew to use this verbiage to justify our behavior.  Maybe this expression was before your time and you have not heard it. Do children say this anymore?  I have not heard it in a while…

Reading “Good to be King”, by Michael Badnarik inspired me to contemplate these words in the light of why and how our Founding Fathers created the United States’ Constitution and its amendments, which include the Bill of Rights.  As is often the case with legislation today,  the Constitution as we know it was not the product of a smooth process—apparently the framers disagreed vehemently on just how much power should be given to a central government, with Patrick Henry leading the “less is more” faction and Alexander Hamilton leading the strong central government faction.  The final document was a compromise.  The Constitution did create a central “nation” with certain powers but it forbade other powers.  In the end, those framers who were in favor of power residing in the hands of the people who created the government, rather than in the central government itself, had the foresight to insert the Bill of Rights as constitutional amendments in order to protect their new country from government abuse of and overreach of power.  The Bill of Rights was intended to live on into the future, protecting the rights of generations to come.

It is a common misconception that our Constitution grants us rights.  Chapter 2 of “Good to be King” (which has been made available by the author for download and free use in its entirety) explains the difference between innate rights and privileges:  innate rights come with birth and are intrinsic to each individual–they are founded on common sense, they are self-evident and cannot be given to nor taken from a person.  A privilege, on the other hand, may be granted by humans or taken away.

Our Founding Fathers had just won a bloody war over their declared independence from England.  They understood that the right to ownership of property was fundamental to a peaceful and happy life.  The King of England had owned the colonies and everything and everyone in them, in theory and in practice, in the same manner as he owned England.  The American Revolution was essentially about the right of every individual person to own property– all of the other rights stem from this right to ownership.  Every person within the jurisdiction of the Constitution has the birth right to own his/her own body, mind, feelings and beliefs.  No other person may own (or dictate regarding) another person’s body, mind, feelings or beliefs.  Every person has the birth right to own property, such as land, a home, or possessions.  No other person may take or destroy another person’s property.  The Constitution explains these natural rights, and calls for them to be defended.

If we take a good, honest look at the government of the United States of America and how this government has crystallized since it was outlined by our Constitution, we find that we have wandered far from the framers’ original intentions.  The author uses the “Patriot Act” as an example of how the Executive Branch of our central government has grabbed power unconstitutionally —in this case, the power to confiscate property from anyone even if not accused of being a terrorist.  The author cites so many other examples of our national government’s abuse of and overreach of power that we can only conclude that our country has long been on its way to socialism—and beyond.  I agree with Michael Badnarik that it is crucial to objectively and honestly study our Constitution and our actual, present government, in order to understand how we might design and implement action enabling movement closer to the originally intended government “for the people and by the people”.  On the other hand, upon further study, we may decide that certain issues do warrant more central government control.  The bottom line is– wouldn’t it be best for “We the People” to consciously DECIDE upon issues rather than have decisions foisted on us due to our neglect?

The founders of this country understood that freedom is a precious birth right which must be protected, and from time to time renewed through profound struggle and sacrifice.  My take away from “Good to be King”:  Let’s not wait until “It’s a Free Country!” is no more than a quaint expression and there is nothing left to do but sacrifice.